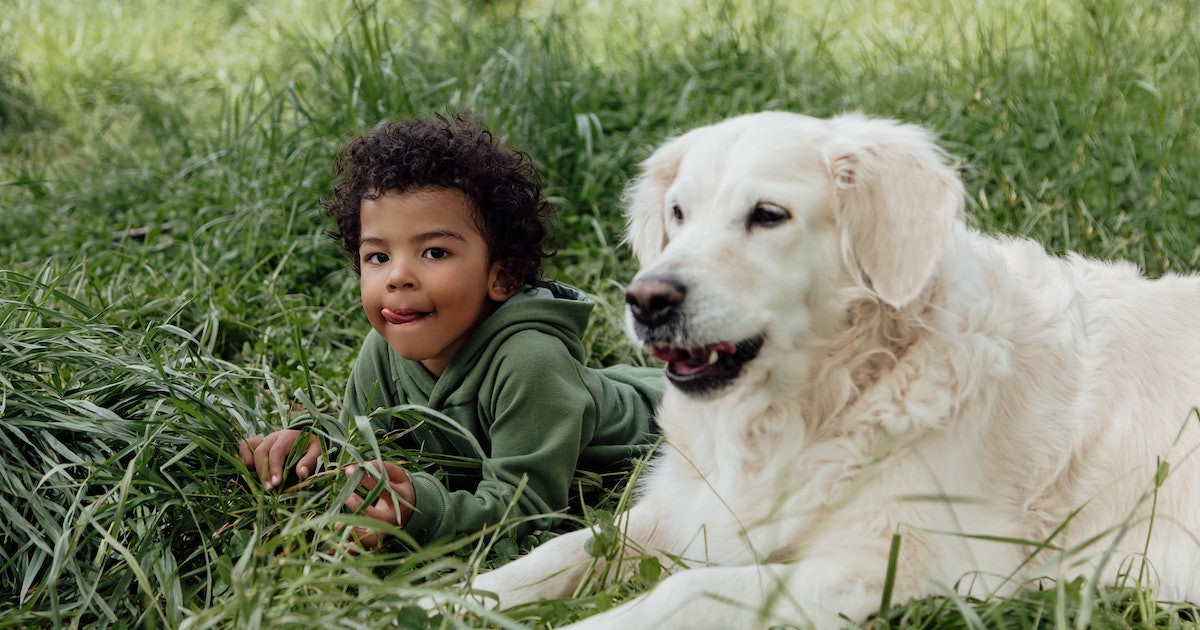 Is it really “cute” or “special” when a pet dog is babysitting…or is it a sign of something more serious? It certainly looks like something you’d see in a sappy dog ​​movie. But a dog trainer weighs in on what we actually see when we see a dog acting “protectively” on a child – and, news flash, that’s not a sign of a special bond between the couple. In fact, it could indicate resource guarding, a serious behavior problem in dogs. This is the message of Jacqui Zakar, expert in K-9 (@DogSense) is trying to get parents across in a series of explainer videos on TikTok.

You’ve seen it before: mom and dad bring home a precious new baby. At first, Fido may seem uncertain or even a little sulky and jealous that the new baby in the family is taking away the attention he received as a puppy. At some point, however, the pup’s disposition changes. They could be sweet and gentle with the new baby. Maybe your precious pup “guards” the baby from the top of the stairs or sleeps under his crib.

Other times, however, this link may take on a different tone. A dog can become much more protective and growl at visitors or parents if they get too close to the baby. Some people think it’s cute, showing it as proof that the dog loves the baby just as much as mom and dad. Zakar says that’s not exactly the case.

Zakar recently shared a video uploaded by another user showing a dog lying next to a baby. When the child’s parent approaches, the dog growls. The video’s caption – ‘When the dog thinks he’s a daddy now’ – underscores the lighthearted way people typically view this type of behavior.

In response, Zakar explains: “On the one hand, we want our dogs to listen to us, to be obedient to follow our advice. But, on the other hand, we see a video like this and we think the dog is protective. This dog aggressively warns his own owner to stay away from his own child. It is not obeying. It’s not listening. What reason does a dog have for guarding a baby from its own parent? The reason is that it is a behavior problem. It is not protection. It has nothing to do with the safety of the baby. Please. Can we wake up?

You don’t have to be a dog trainer to see what she means. You may want your dog to protect you from scary outside dangers. However, your dog should not see you as a “threat”. And of course, you don’t want him to keep you from your own property or your own children.

Even if you wanted to challenge Zakar’s argument that the dog isn’t trying to protect the baby, the behavior is still disconcerting. According to the logic, the dog is “protective”, you could play rough with your toddler and your dog could attack you because he assumes that you are hurting your child. Not only are you in danger in this scenario, but your child is also suddenly in danger.

Zakar’s opinion obviously caused a bit of a stir. Since then, she’s addressed people’s concerns in a few videos. In a follow-up video, Zakar digs deeper into the behavior and warns parents that this is very rarely a gradual change in a dog’s behavior and you need to watch for the signs.

“You’ll never know exactly why this kind of behavior occurs, but I can almost guarantee it wasn’t sudden. It’s usually a case where the lower level panels just haven’t been identified, or they’ve been misidentified as something else,” says Zakar. “As I said earlier, resource protection usually has a genetic component. It would not be surprising if this dog guards other things. If the underlying emotion causing this behavior is not addressed, it will likely get worse.

When Zakar talks about a dog guarding other things, she is referring to guarding resources. It could look like a dog slamming you if you pet it while it drinks or protecting its own food bowl. Other signs include a dog stiffening its body over an object, “whale eye” (when the whites of its eyes appear), lifting its lips, staring, growling low, and baring its teeth.

The key to remember here is to make sure your dog is truly properly trained and that you notice any new or persistent behavior. Not all behaviors seem bothersome at the moment. But in the long run, they could turn into much bigger problems, like a dog that won’t let its parents near their own child, or a dog that bites a crawling baby when it reaches its food bowl. According to Centers for Disaster Control and Prevention4.5 million people are bitten by dogs each year, with 800,000 requiring medical attention – the most common victims being children.

So while it’s cute that dogs and kids have special bonds, it’s crucial to make sure their relationship is healthy and safe.