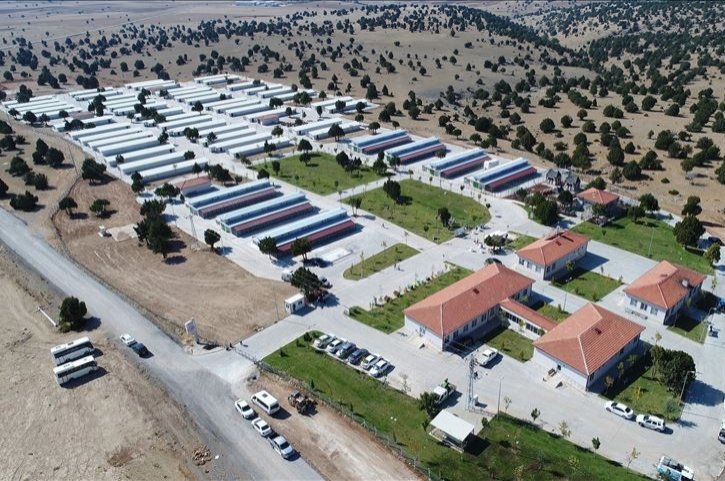 As stray dogs implicated in attacks continue to raise concerns, a municipality in Turkey is setting an example for others by rehabilitating dogs and keeping them off the streets. The municipality of Konya, in the heart of Anatolia, now pays a monthly allowance to people who have adopted dogs from its shelters.

The municipality’s project, which began five years ago, appeared in speeches by President Recep Tayyip Erdoğan, who urged municipalities to tackle the problem of stray dogs in a way that does not harm animals. and does not expose citizens to potential attacks from wild dogs. The Friends of Animals project has seen the adoption of some 6,744 strays over the past five years.

Animals picked up from the streets are taken to a sprawling complex of animal shelters, veterinary clinics and rehabilitation areas. After being rehabilitated here, the animals are put up for adoption. Every month, the municipality pays 250 TL ($15) to people who adopt dogs. Payment is limited to one dog in the city, while rural households in Konya are allowed to adopt up to three dogs for dog care assistance. Each animal is registered and tagged and municipal teams regularly visit families who have adopted dogs to monitor them.

Amid outcry over the wave of stray dog ​​attacks, President Recep Tayyip Erdoğan said last month that Turkey could “pay a heavy price” without dog sterilization and other measures. The president said at an event on May 19 that local municipalities should do more to shelter stray animals and criticized the Istanbul Metropolitan Municipality (IBB) over the issue. “Other municipalities like Konya and Istanbul’s Beykoz district have great shelters. Istanbul Municipality should do the same,” he said.

The president, a dog owner himself, said sterilization was “essential” to solving the problem. “Turkey can pay a heavy price if it does not curb the unlimited proliferation of stray animals,” he said. The president noted that he instructed the Ministry of Agriculture and Forestry to take necessary measures, including joint efforts with municipalities for sterilization and other measures. “Certainly we are concerned about (potential) attacks on our children. No parent can accept it, they can’t ignore it out of love for animals. We have to be realistic. We have to take protective measures,” he said.

Keep up to date with what is happening in Turkey, in its region and in the world.