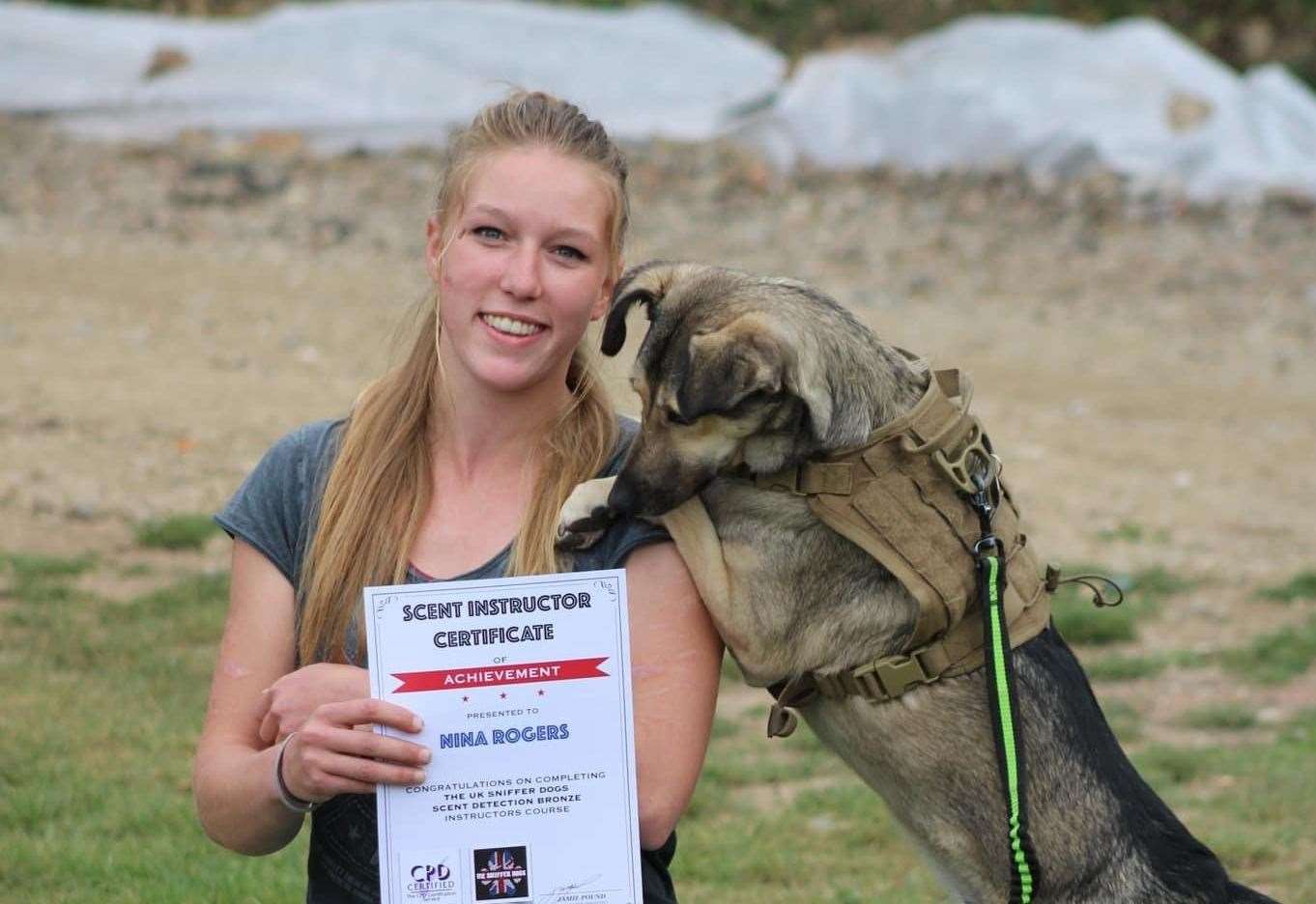 Struck by the devastating scenes in Ukraine, a young dog trainer is about to venture into the war-torn country and offer her services to help animals and people affected by the conflict.

The 21-year-old from Tunbridge Wells volunteered her services to the organization to help animals suffering from the conflict.

She said: “I’ve always wanted to work with street dogs, it’s always been my thing.

“I wrote an article about rehoming street dogs and chatted with someone on Facebook who was part of BEAR.

“We ended up talking and I said I had a van they asked if I could come out and help so I volunteered.”

The journey will involve driving to BEAR’s station in Lviv where she will receive instructions on how best to help, bringing aid to animals and humans.

Nina said: “Due to the urgency of the situation, rehabilitation training cannot take place until the dogs feel safe.

“My dog ​​training skills will further help get dogs off the streets, make them feel safe enough to approach us and comfortable until they can go to shelters and shelters. houses.”

She has currently raised £2,000 through her JustGiving page on her website, which will help pay for fuel and supplies for her frontline trip.

Nina said: “I wanted to do this because I understand street dogs. To have Arlo brought back and to see his amazing transformation after being adopted is amazing.

“I’ve worked with so many street dogs and helped them trust humans again.

“Arlo had never even seen a dog bed, he had never been inside before and was terrified of being in a house. He was so scared of everything and everyone and I am so amazed at how far it has come.

“When I spoke to teams already in Ukraine, I realized that I could do so much more than just write an article to help them, I could actually help myself.”

“When I spoke to teams already in Ukraine, I realized I could do so much more”

Nina was hesitant to take on such a task on her own due to her age, but she hasn’t let that get to her mind as she plans her trip which she thinks could park her in Ukraine for months.

“I was a little scared to say my age because I thought people might think it’s naivety or something, but nope, I managed to sort this all out on my own last week. , so the determination is quite strong.

“I have always wanted to work with street dogs and would like to open a shelter in the UK for the re-housing of street dogs, but these are future plans.”

Ms Rogers has rescued a Bulgarian street dog and hopes to help other charities save other strays ready for adoption.

“At the moment I’m working alongside this team because that’s where I need it the most, but I’m still in touch with where I got my dog,” she added. .

“I got him at around 10 months old, he was transported from the Rakitovo Animal Helpers charity in Bulgaria.

“We communicate a lot and I send them pictures of him, so hopefully I can help them in the future as well.”

Nina will set off on a trip on April 24 to visit some of the hardest hit places in Ukraine.

She will liaise with former US military soldier Benjamin Reed in Belgium who will be her co-pilot during the trip.

Donations are always welcome and can be done via Ms. Rogers website.

She said: “Because it’s just me and my van we can no longer accept food donations; what we need is funding. On my website we have a paypal link and a JustGiving page.

“If I can get enough funding, I can get more vans, which means I can do more and take more trips.”