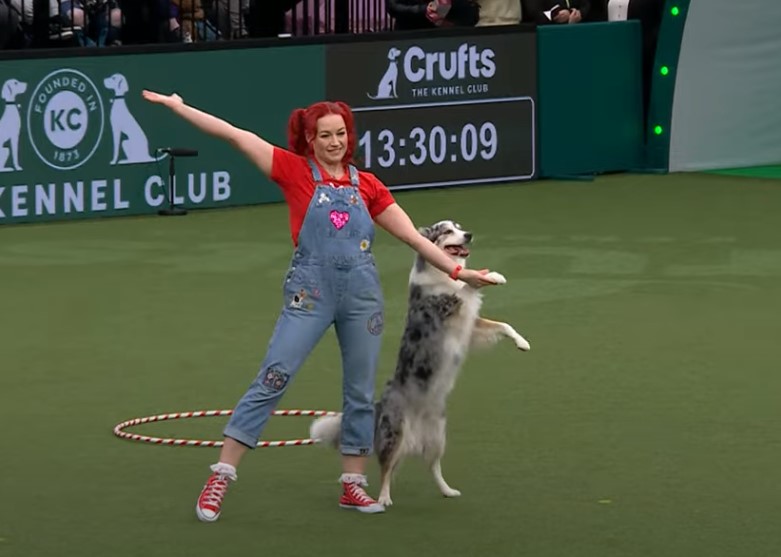 After two months of hard work, fundraising and lots of puppy love, local dog trainer Jennifer Fraser and her pup Daiquiri made the journey to Crufts 2022 in Birmingham, England.

Crufts is one of the biggest canine competitions around the world and it was a dream come true for Fraser.

“Well it was a great experience. The whole travel part is what stressed me the most but once I got there it went away and then the nerves got to me which was amazing because that I thought I would be used to by now.

Fraser was Canada’s only entry in the music tailgating contest and opened a GoFundMe account that raised more than $2,500 to help with travel costs to Crufts.

“Once I got on stage and it was just me and Daiquiri, the routine was just a joy. It was so fun and so easy and he was so responsive, nothing fazed him. He just wanted to do his job and he wanted to have fun playing with me.

Fraser said Daiquiri nailed the toughest parts of the routine, “I was so happy he did that and he did that fluently and I got to be his partner in a real sense and not mess it up and let it do its thing.

Daiquiri really gave the judges a hard time as he and Fraser tied for first place in a competition with over 10 competitors.

“I think it’s pretty amazing, considering I had never competed in freestyle before, and I only had eight weeks to set up my routine and I placed first.”

In the end, Fraser got second place, as the judges took musical interpretation into consideration as there was a tie. Daiquiri and Fraser danced together to Dolly Parton’s Cracker Jack for their freestyle debut. A video of them competing surfaced online and resulted in Fraser staying in Europe a bit longer than expected.

“I was supposed to go home tomorrow, but apparently people in Europe are very interested in hearing how I train, how I set up routines, how I make everything go and they see something. something they love and want to learn because they want to get better at the sport.

Besides sharing her knowledge, she was also invited to the Purina Challenge Cup in Chile.

“Obviously I wanted to challenge myself at Crufts, it was a dream come true, but the long term goal was to get myself and my dogs out and open other doors for us.”

Fraser said competing at Crufts was a once-in-a-lifetime opportunity and she thanks everyone who donated to her GoFundMe to help get her to Birmingham for the competition.

Watch Fraser and Daiquiri perform at Crufts below!