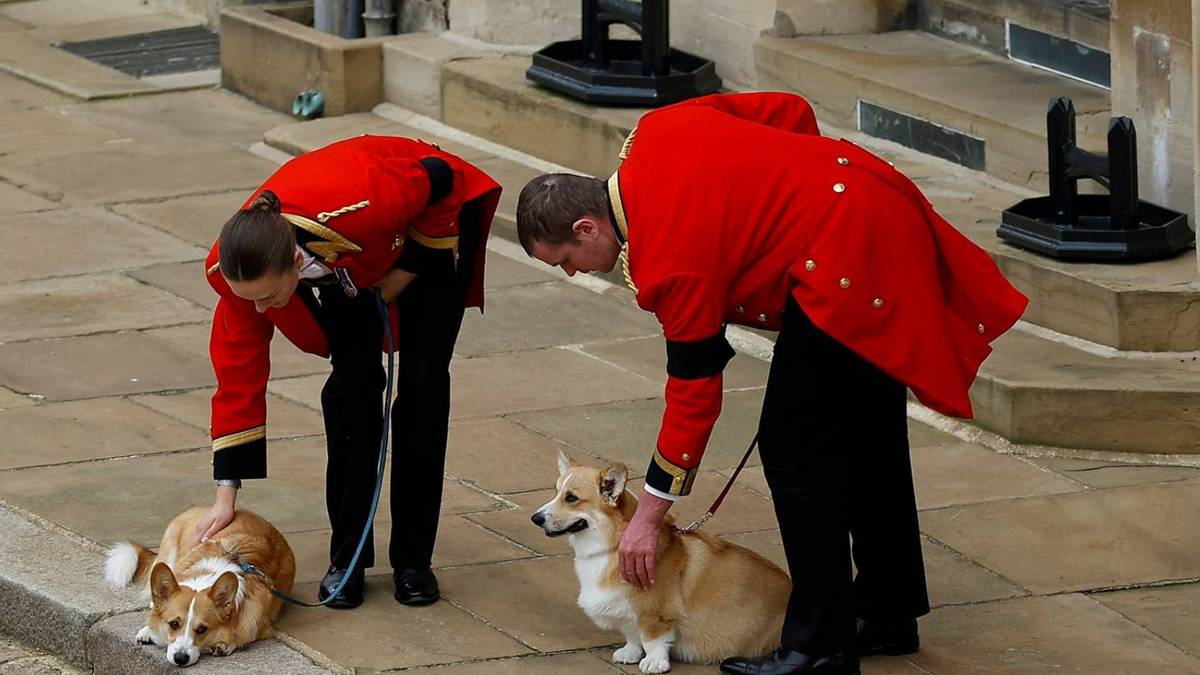 The Queen’s corgis, Muick and Sandy, wait at Windsor Castle ahead of the engagement service. Photo/AP

The late monarch – who died aged 96 on September 8 after a record 70-year reign – bred 10 generations of the dog breed after being given a Pembroke Corgi named Susan when she was 18. And now former trainer Dr Roger Mugford has explained that the surviving couple, named Sandy and Muick, will know of his death as they take full-time care of his second son.

“Dogs are very sensitive to changes in their owners,” Mugford said. “I’m sure they knew Her Majesty was in decline and they will have missed her. by Prince Andrew, who was present at the death and is now taking over their care.”

Mugford went on to add that it was “so lovely” that Sandy and Muick – who had been waiting outside Windsor Castle on the day of the Queen’s funeral as the procession took place – had been with Her Majesty for the past years of her life and speculated that she would have found “great solace” there.

Princess Diana once called them a “moving carpet” always at her mother-in-law’s side.

Queen Elizabeth II owned nearly 30 corgis throughout her life. Some people wonder if his faithful four-legged friends will play a role in his funeral. https://t.co/s99O7BH0sF pic.twitter.com/Bkgwt5T0xL

He told ETOnline: “It was so lovely that in her last two years she had two little corgis and other dogs around her because there’s no doubt that every one of them us, at any stage of our life, but especially when our life feels like it’s declining and stressful… being able to reach out, pet and be loved by an uncritical admirer, who is a dog, is a great comfort.”

It comes after Prince Andrew and his ex-wife Sarah Ferguson were confirmed to be adopting the dogs.

According to the Telegraph, they had an ongoing relationship with the Queen’s corgis, including gifting the monarch new dogs and spending time with them.

In a bid to encourage his mother, the Duke reportedly gifted the Queen two dogs, Muick and Fergus, when Prince Philip was in hospital last year.

While Fergus passed away after just a few months, he was replaced by another corgi, Sandy. The dogs, found as puppies by Ferguson, are said to have brought “constant joy” to Her Majesty, reports the Telegraph.

She enjoyed long walks with her pets and the occasions offered a chance for the Queen and the former Duchess of York – who continues to live with the Duke despite their 1996 divorce – to bond with their love common for animals.

A source close to the Duke told the Telegraph: “The Duchess has bonded with Her Majesty in dog walking and horse riding and even after her divorce she would continue her great friendship with Her Majesty, walking the dogs at Frogmore and chatting.”