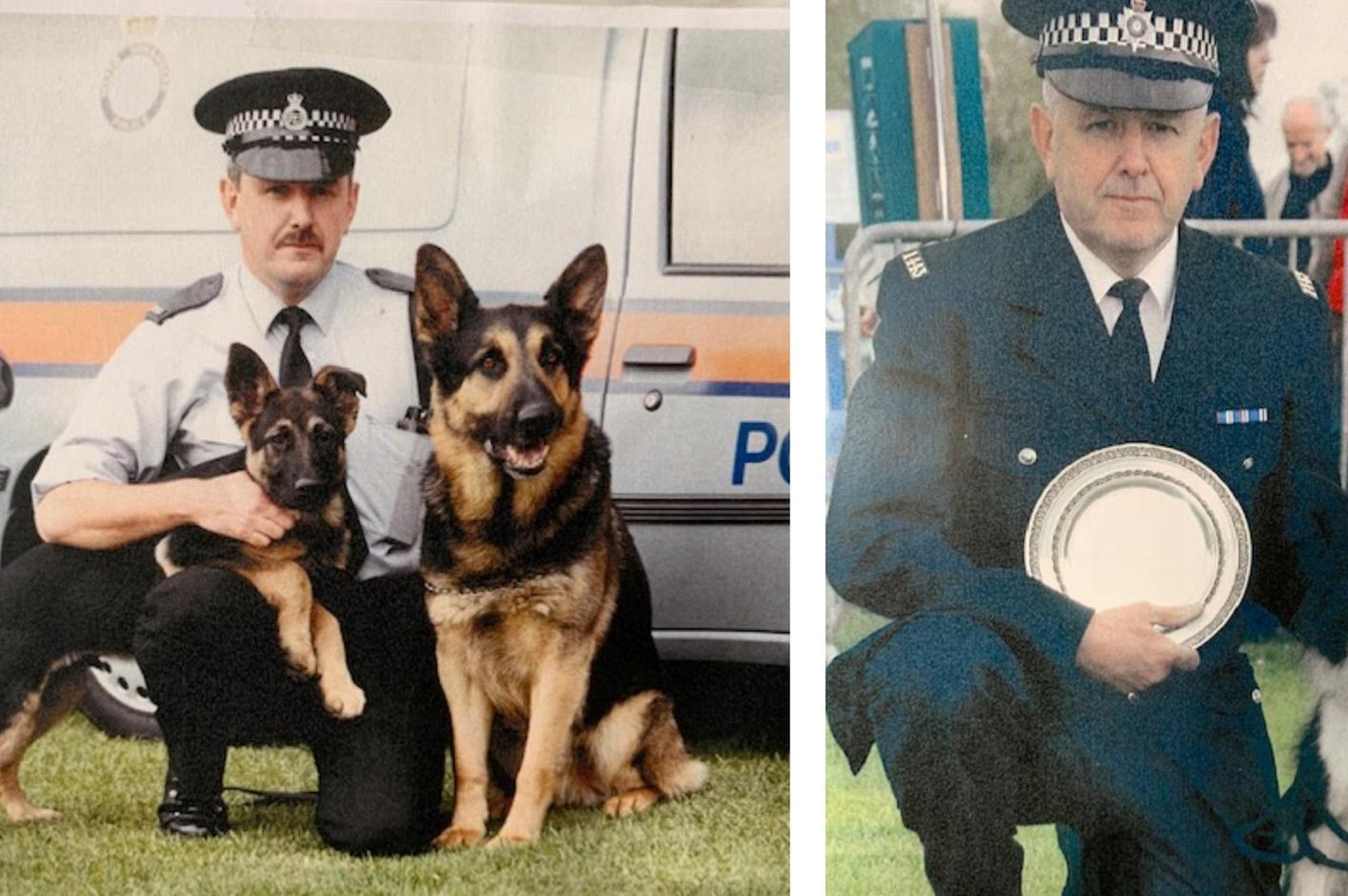 PC John Ellis began his career with South Yorkshire Police aged 21 in 1975 and retired on March 25 after an incredible 47 years of service.

After starting as a response officer, PC Ellis found his calling when he joined the canine section four years later and worked there for over four decades.

Among the cases he solved with his trusted border collie called Frankie, he found the body of Shane Collier, who had been cut into eight pieces and scattered across the Yorkshire Dales moors in 2002 after being murdered by Daniel Thompson at Barnsley.

PD Frankie discovered a grave in a wood containing the victim’s head and limbs, and the next day a second grave, a few yards away, with the victim’s torso. The discovery helped secure a life sentence for Thompson.

In 2004 the couple were sent to Nottingham after two women went missing within weeks of each other. They search a warehouse, which had already been searched by officers, but thanks to PD Frankie’s exceptional training, they discovered a body buried under a pile of masonry rubble.

The next day they returned to the site and PD Frankie continued to point towards the same pile of rubble. After moving more rubble the second body was found and PC Ellis said: “That’s when I knew you should always trust your dog.”

PC Ellis said he could not have served for so many years without the support of his family and colleagues.

In his retirement speech, he said: “The hours the police take are not possible without a huge support network and I cannot thank my wife enough for her support throughout my 47 years of service.

“I have worked with some amazing people during my service and have seen the great results dogs can have. It is great to see the young recruits coming who will continue the incredible work of casualty recovery dogs.

On his last day, Deputy Chief Constable David Hartley presented PC Ellis, who had also been trained as a firearms officer, with a chief commendation, which read: “An expression of the Force’s sincere appreciation for your loyal service, this certificate is awarded to mark an impressive 47 years of distinguished public service with the South Yorkshire Police.

“Throughout your service you have provided training to dozens of dog handlers and together with PD Frankie you have been instrumental in solving many investigations. You should be very proud of the legacy you leave .

John plans to spend his retirement fishing and vacationing with his family.

I am a professional dog trainer