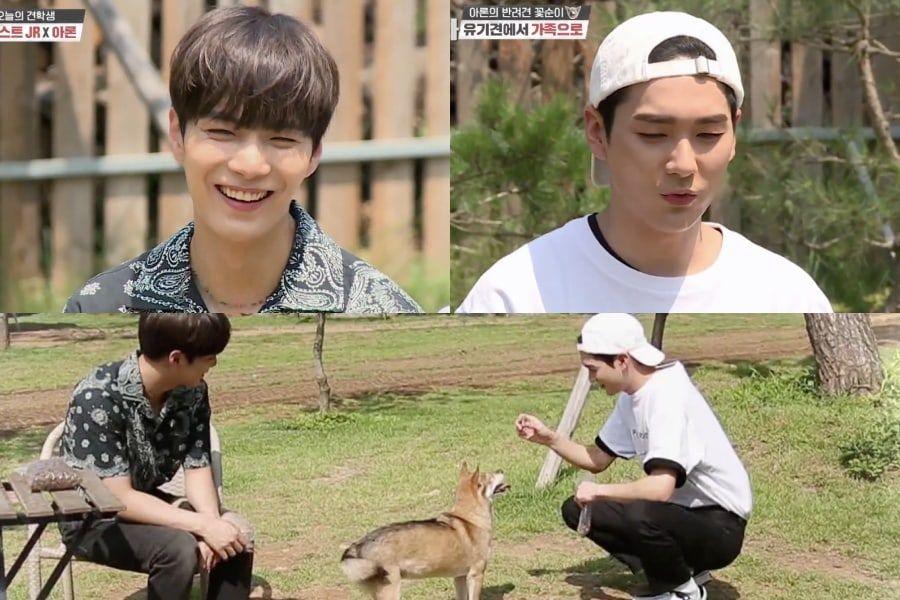 NU’EST’s JR and Aron appeared on the Aug. 3 episode of KBS variety show “Dogs are Incredible,” where Aron showed off his adopted dog Kkotsooni and the couple became dog trainers for the day.

“Dogs are Incredible” is a show that invites celebrities as guests to introduce their own dogs to the public and have the opportunity to work with dog trainer Kang Hyung Wook to help dogs in need. .

Aron brought in Kkotsooni, a six-year-old Shiba Inu mix living with his other Shiba Inu Noah. He revealed that Kkotsooni had lived in a parking lot since she was a puppy, saying, “The owner of the building was raising Kkotsooni’s parents. They left her in the parking lot because they said she was losing too much. He said he made the decision to adopt her in late 2018 after seeing an adoption notice and a video of her.

Along with fan requests, Aron himself had expressed a desire to appear on the show and, when asked why, he replied, “I wanted to ask if she has a naturally calm personality or is she scared . I’m worried because his tail is still rolled up. Kang Hyung Wook put him at ease and said, “From what I can see, she’s a bit shy, but that’s not something that could be classified as a problem. Just like how people have different personalities, she looks like a very shy dog.

JR was asked if he had any pets, and he said no and explained, “Caring for a dog is hard. It’s not easy to create a good environment for them, and I think you have to be very serious when it comes to adoptions, so I have nothing planned at the moment. But if I adopted a dog in the future, I would want a Chihuahua. Kang Hyung Wook praised his attitude and said, “People who are more serious and concerned about having a pet are usually those who take their time deciding whether or not to adopt.” 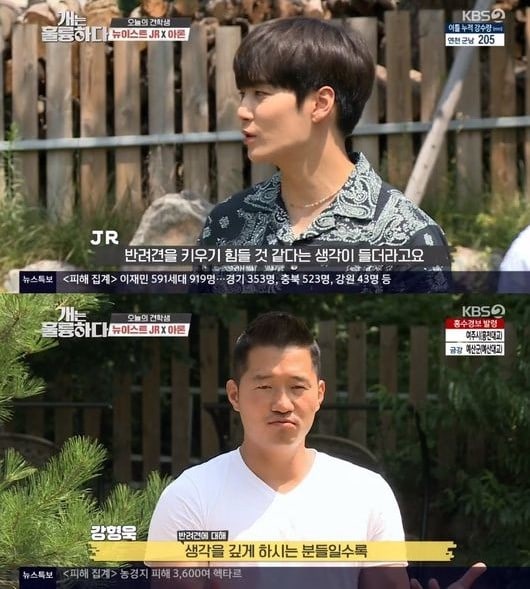 After the episode, Aron said, “It’s an honor to have been able to appear on a show that I’ve always enjoyed watching. Thanks to our appearance, I feel like I was able to learn how to get along with dogs better and understand their actions. Using what I’ve learned, I’ll take even better care of Kkotsooni and Noah.

How does this article make you feel?