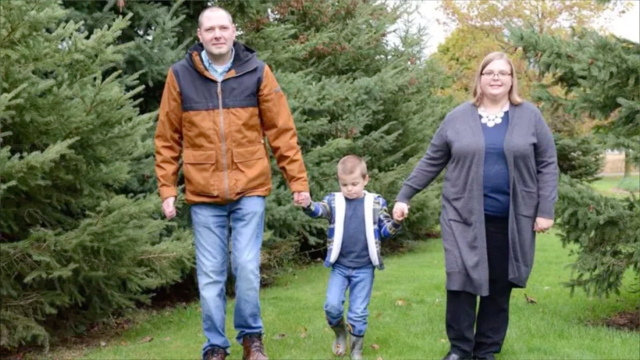 The Doan family of Listowel, Ontario. is filing a human rights complaint after learning earlier this year that they could not adopt a dog from the Kismutt Dog Rescue near St. Marys, Ont. because their son has autism.

The family is filing a complaint with the Human Rights Tribunal of Ontario for being denied adoption of a dog in March.

“The claim, even though it is my son’s name, is not just in his name. This is on behalf of the autism community as a whole,” Erin Doan said.

Kismutt says they haven’t adopted dogs from families with autistic children since two incidents where dogs were injured by those children — one incident occurred in 2008 and the other in 2012.

During the first firestorm in March, the owners of Kismutt justified their policy by saying that one of their volunteers who works with autistic children told them: “99% of children with autism have temper tantrums and can be aggressive and violent”.

“There were a lot of discriminatory, incorrect and erroneous perceptions being aired. In fact, these are violations of the Ontario Human Rights Code,” she said.

Doan says the purpose of the complaint is to try to get Kismutt to change its policy and educate other organizations about autism.

“This is an opportunity to take a stand. I’m sure there are other companies besides Kismutt, that just happens to be the one I came across,” Doan said.

Kismutt, who has been rescuing and adopting dogs for more than 20 years, has received support for his position and said in a previous statement in March: “Our dogs are adopted strictly as pets. They are not trained assistance dogs. This was in our contract at the time of adoption, and it has been in our contract for 22 years.

CTV News London has contacted Kismutt regarding the filing of the human rights complaint, but has not yet received a response.

The Doans have since found another dog for Henry named Chico, and they get along wonderfully, according to Henry’s mother.