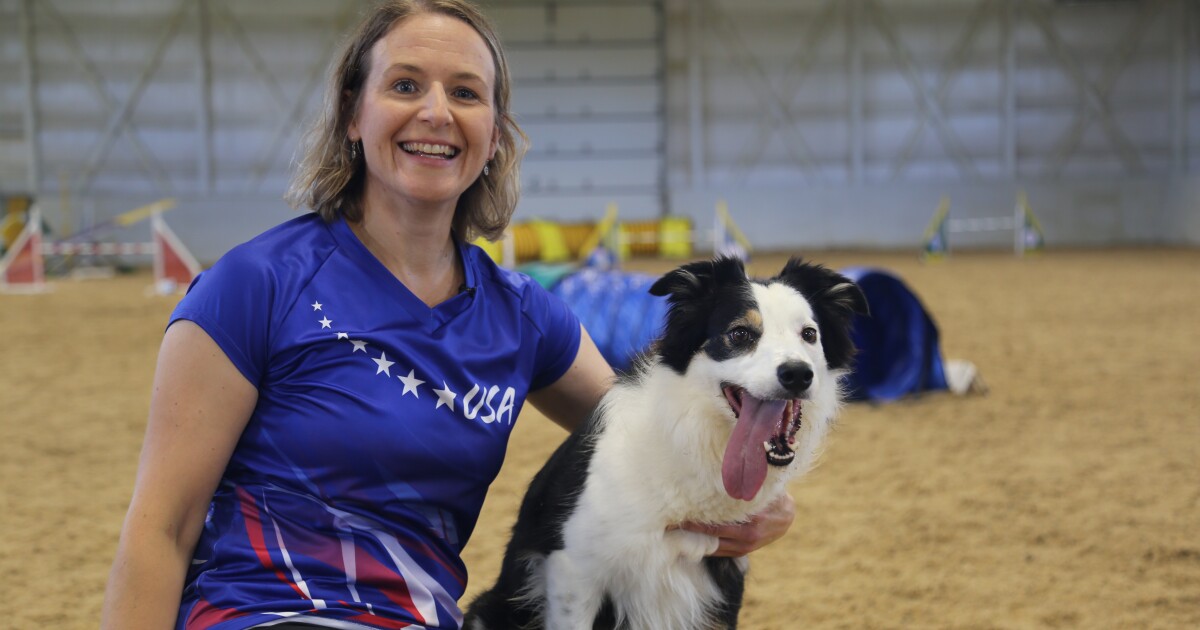 Dog trainer Mequon named to the canine version of the Olympics

MEQUON, Wis. – One of the best canine agility trainers in the country lives in Mequon. For the first time in her career, Rachel Evers is a member of the American team and will be at the Olympic equivalent for canine agility competitions.

Evers will be in Austria in September for the Agility World Championships with the American Kennel Club team.

“Being able to be named to both the European Open and World Agility Championship teams for the American Kennel Club has truly been the honor of a lifetime,” she said.

She and Vex traveled to Belgium for the European Open in July where she was the team’s alternate. She is also a substitute for the competition in Austria.

“Every morning, (Vex) wakes up, says get up. We’re going to practice. (She) wants to run in the arena,” Evers said.

Evers has been competing in agility for about 15 years. His introduction to dog ownership and agility training happened unexpectedly.

While living in San Francisco, she was held at gunpoint. It made her want to have a dog to feel safe. This dog turned out to be very energetic. To get her “brave” dog to release some of that energy, she signed up for an agility course. She happened to join a class with instructors who were world-class trainers.

“When you’re around that excellence, it helps you understand what’s needed to prepare (for competitions),” Evers said.

She participated in a few competitions and was hooked from the start. Now she is a member of Team USA competing at the highest possible level.

“It’s just a mix of preparation and luck, and really putting in the time and working towards that goal,” she said.

She has also been very successful so far. Evers has hundreds of ribbons and trophies in her Mequon home.

“I can’t hang them all because I’ll run out of wall space, but it’s a pretty fun thing.”

As for what makes her so good, she credits the dogs she trained with. After all, it’s a team sport. It’s a bit like a coach-player relationship.

“I’m responsible for setting up Vex in scenarios where she can learn to predict what’s going to happen.”

She trains Border Collies, Labradors and other breeds, but Border Collies are the most common dog used in competitions. She said they had the right body build and genetic makeup to be good at agility competitions. It’s like good basketball players. Anyone can play basketball, but those who make it to the NBA are usually those who are taller than average.

“It’s a team sport, so you need a partner with you who really wants to do it too,” Evers said.

Her dog Vex clearly enjoys training in their home arena and wants to repeat the course over and over again.

We’re all rooting for you Rachel! We know you will do just fine!

Report a typo or error // Submit a news tip