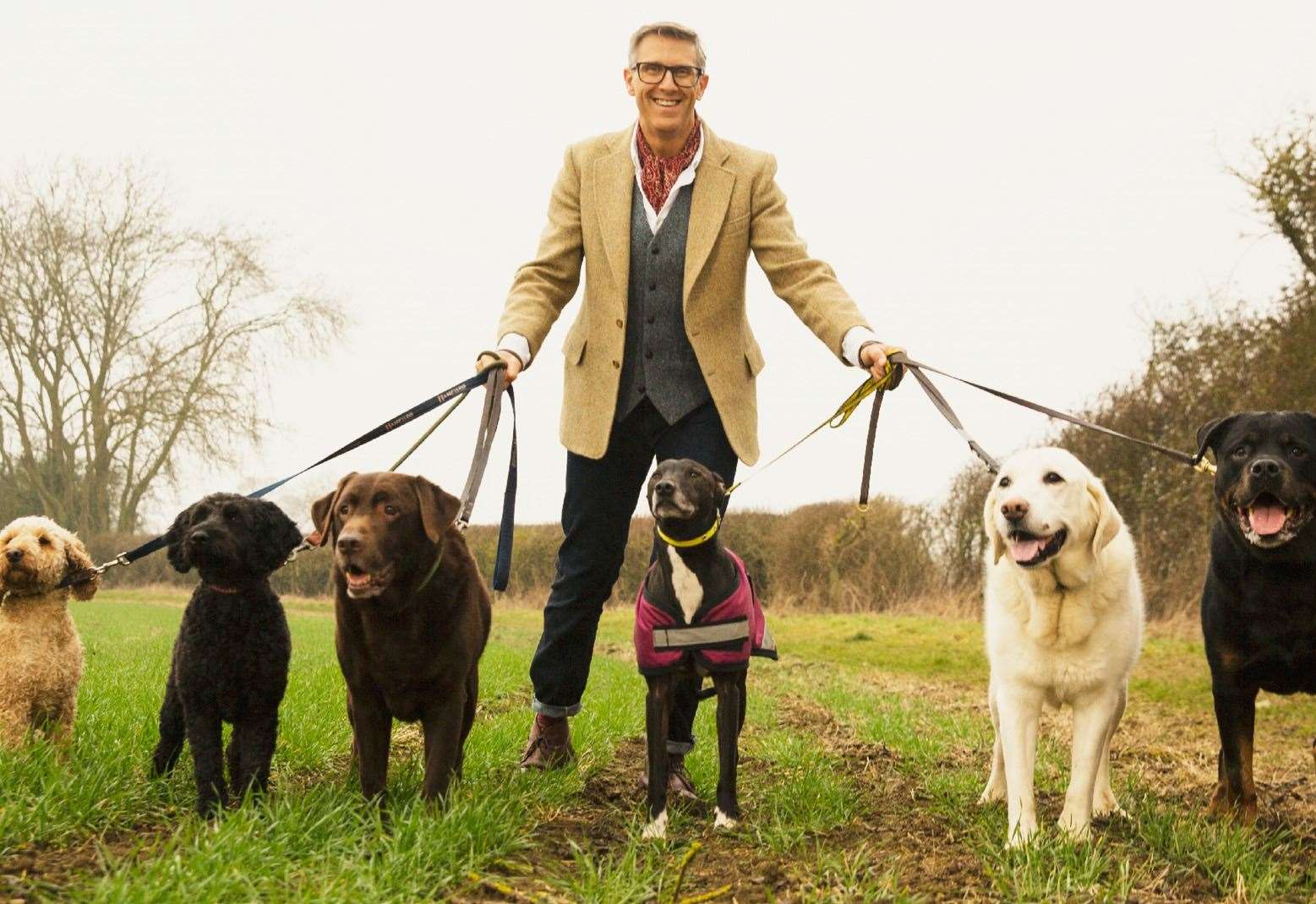 The star of Channel 5’s Dogs Behaving (Very) Badly shares his wisdom with Kent as he hosts his first-ever UK tour in Folkestone.

Graeme Hall’s ‘The Dogfather Live on Stage’ will be at Leas Cliff Hall on Friday where he invites Kent dog and puppy owners to bring their canine concerns directly to him.

The tour will include a specially curated 90-minute show filled with insights, memories, heartwarming surprises, and an exclusive Q&A.

Mr Hall said: “Before I was on TV I was doing the weird seminar with 20 people at a time, but there’s a big difference between that and the Leas Cliff Hall in Folkestone.

“It’s an extension of the TV show. Someone said, why don’t we do this on tour and I thought, ‘I’m up for the challenge.

“The first half explains what I do and how I do it.

“I will also show clips from the show, break them down and explain exactly what is going on in every moment.

“We’ll talk about a few things that happened behind the scenes, but for me the best moment is the second part because it’s a live Q&A.

“People can ask questions on Twitter or fill them out on a piece of paper overnight and I never know what I’m going to get.”

Since the lockdown, two of Mr Hall’s most frequently asked questions relate to separation anxiety and puppy anxiety around new people.

He added: “The dogs were with us 24/7 and then we went back to the office and they suffered from loneliness.

“On the other hand, when we were at home with them, the only thing we weren’t allowed to do was have visitors.

“I got into dog training and found that I really liked it and seemed to be pretty good at it.

“If you have a new puppy and that’s all they know, the first time people walk through the door, you’ve got a big problem.”

With over 10 years’ experience, a celebrity client list and regular appearances on BBC Breakfast and ITV’s This Morning, Mr Hall has built a reputation for providing quick but lasting solutions to almost any problem with canine behavior.

But his passion for pooches didn’t begin until his early 40s, when he first bought two Rottweilers.

He explained: “We didn’t have dogs when we were kids because mum and dad both worked. When I had Axel and Gordon, because they were big, powerful dogs, I thought that their behavior had to be perfect.

“I got into dog training and found that I really liked it and seemed to be pretty good at it.

“I decided to try being a local dog trainer and things evolved from there and that was almost 15 years ago.”

Following a huge demand for tickets, eight more dates have also been added to the schedule.

Some Folkestone show tickets are still available from £35 and can be booked here.