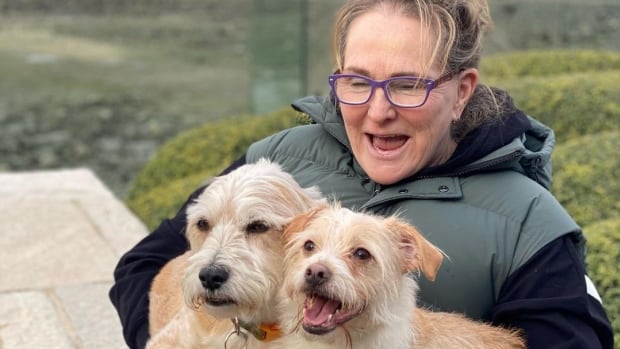 Susan Patterson used to find homes for around 40 dogs a month from other countries through her non-profit, but today it’s difficult to complete adoptions.

Throughout the pandemic, her volunteer team at Thank Dog I Am Out Dog Rescue has had to adapt to ever-changing restrictions. But Canada’s hotel quarantine program has proven to be the charity’s biggest challenge so far, as the number of flight escorts available – people who accompany dogs throughout their trip – has almost disappeared.

“It’s one thing after another and so it’s been really super stressful for all of us.”

Patterson’s charity helps dogs from other countries like Mexico, the United States and South Korea find forever homes in Canada. Without the intervention of adoption agencies, she says the majority of the dogs she rescues risk death either by euthanasia due to overcrowding in shelters, by selling their meat for consumption, or by a life. negligence in the street.

Over the past year, airlines have reduced the number of flights they offer as global demand for air travel has fallen. Additionally, Patterson says many of them have reduced cargo capacity, with some only allowing pets to be stored under the seats. All of these changes have limited the number of dog adoption agencies that can bring to Canada.

And now, Canada’s quarantine hotel program has dealt the biggest blow. His organization relies on flight escorts to travel with the dogs from their home country – sometimes escorting up to three dogs at a time.

In February, the Canadian government introduced new travel measures requiring those traveling by air for non-essential reasons to book a three-night stay in a quarantine hotel at their own expense.

“Once again everything was thrown into chaos again because we had dogs due to fly in February and March and the flight escorts were canceling because they were unwilling to have to check into a hotel at great cost to them,” Patterson said. .

Kindergarten to Grade 9 Supply and Demand

While the supply of available dogs is low due to COVID restrictions, the demand for adoptable dogs has skyrocketed.

“The demand is so off the charts,” Patterson said.

This is a problem that has been felt throughout the British Columbia dog adoption industry.

Tracy Tien, co-founder of CooGo Rescue Foundation, says she receives more than 60 adoption requests per available dog these days. Before the pandemic, she received about ten.

Before the pandemic, she says many people who wanted to adopt didn’t feel like they had enough time. But because more people are now working from home, “they have more time to be with the dog, help them decompress a bit”.

While the past year has been tough, Patterson says she can now see the light at the end of the tunnel.

And while her team has struggled, she acknowledges it has also been difficult for the hundreds of British Columbians who have contacted her charity, hoping to welcome a new member to their family.

“We just have to hang in there,” she says, hoping that by fall 2021 the number of dogs brought to Canada will have rebounded.

Reflecting on a year of challenges, Patterson says there’s no way she could stop providing this service, even if she wanted to.

“Once you start seeing these happily ever afters and you know where they [the dogs] where is it coming from, there is no option to stop,” she said.