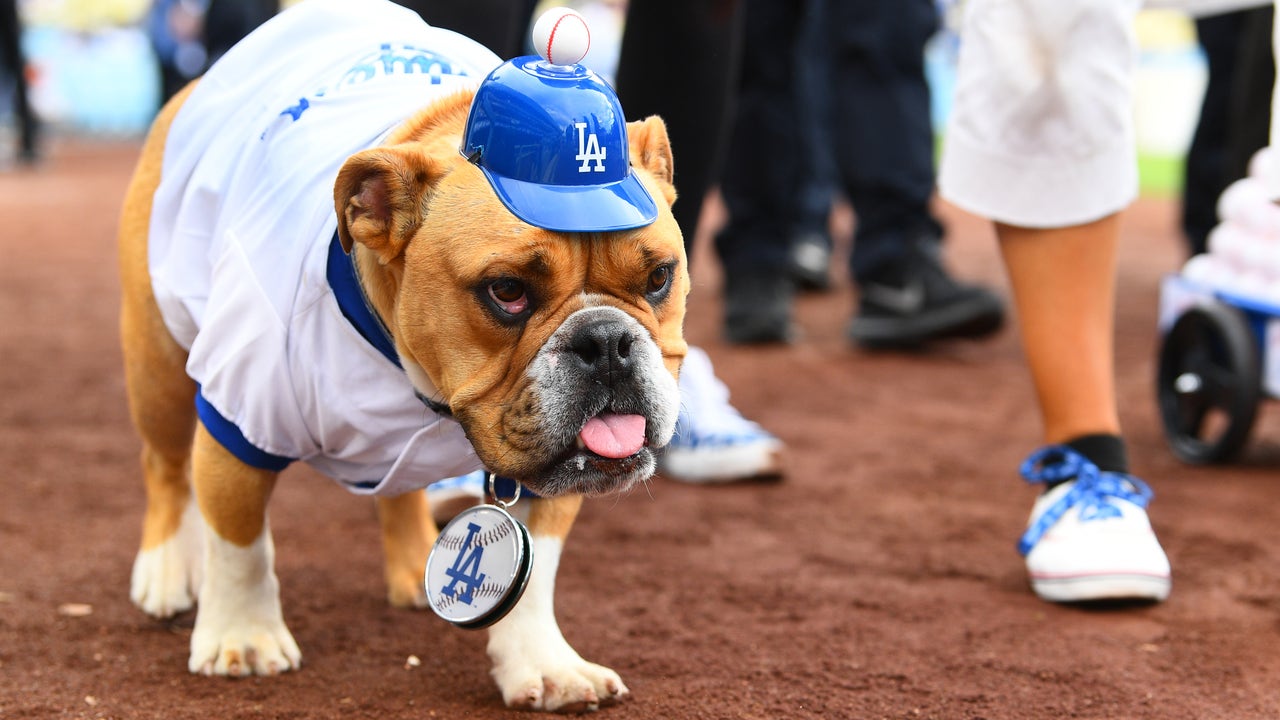 Dodger Stadium is hosting a dog adoption event this weekend

LOS ANGELES, CA – MAY 11: A dog on the field before an MLB game between the Washington Nationals and the Los Angeles Dodgers on May 11, 2019 at Dodger Stadium in Los Angeles, CA. (Photo by Brian Rothmuller/Icon Sportswire via Getty Images)

The event is being held in conjunction with Lucy Pet Foods — the brand jointly owned by former Dodger pitcher Orel Hershiser and Dodger broadcasters Jaime Jarrín and Jorge Jarrín — and the six Los Angeles City Animal Services shelters. The Dodgers Center Field Plaza will welcome more than 100 dogs for adoption on Saturday, July 30 from 10 a.m. to 2 p.m. before the Dodgers play against the Colorado Rockies.

“We look forward to teaming up with Lucy Pet Foods and the Los Angeles Dodgers for our first-ever pet adoption event at Dodger Stadium,” said Annette Ramirez of LA Animal Services. “We hope this special event inspires the community to join us ready to adopt and give these pets a second chance with loving families.”

Adoption fees will be $51 for dogs, excluding permits, and $75 for puppies, and only cash or checks will be accepted. Additionally, those wishing to adopt will need a valid government ID. All dogs available for adoption will be neutered or neutered, vaccinated, licensed and microchipped. Each dog adopted at the event will also leave with pet food.

The team also announced a second Pups in the Park event for their game against the San Francisco Giants on September 5. In addition to being able to bring a dog to the game, fans will be able to parade their pup around the pitch’s warning lane. Special ticket information for this game can be found at dodgers.com/pups