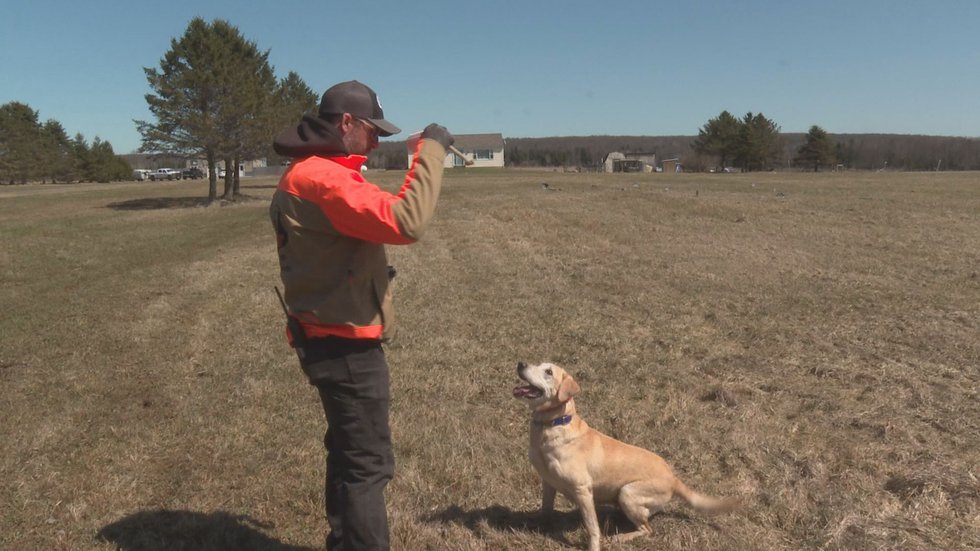 ANIWA, Wis. (WSAW) – As cliché as it sounds, this dog really is man’s best friend.

“She pushed me to want to be better for her.”

Winnie has been with Mike Vaughn for 11 years now. Through the good times…

“She was kind of with me through my divorce, she was with personal business relationships,” Vaughn said.

“I believe in your God-given passions. But I never really realized that a dog training business could really make a living.

BLAST Wingshooting Kennel was born in 2010. This dream job happened after Mike walked away from his first dream job.

“3rd degree black belt, which is the most popular, tae kwon do,” he said.

He owned and operated ‘The BLAST Muay Thai Kickboxing Club’ in Madison for 10 years. Mike started mixed martial arts with his father when he was 6 years old.

“We are certified in Bruce Lee’s jeet kune do. So we are actually 3rd generation students of Bruce Lee.

“Building a martial arts student and building a dog was kind of the same idea for me, like progressions of where you take them. It kind of became natural to me,” he explained.

Once Mike has trained the dog, he can teach his human to understand the dog’s abilities and personality.

“He’s intense,” said Scott Towne, an assistant. “He is an intense person. He wants the best for dogs and the best for people.

“My reward is that I love seeing people have a connection with their dogs like me,” Mike said. “A dog can sometimes be a kind of saving grace.”

Mike would know. Winnie has always been there for him.

“Times when you’re, when you’re kind of like, unsure of yourself. Or unsure of the future where you’ve got this wall in front of you and you’re just kind of like, hey– I don’t know where I’m going. And then you look down and see her looking at you.

Winnie also helped start a breeding program. Almost three quarters of his breeding are his own genetics and they come back for training.

“I can tell you pretty much how this pup will train before he’s even born because I’ve trained four generations of genetics.”

Its intensity is usually increased. For its benefit and that of its trainees.

“He has different scenarios where he goes from being a puppy, to medium-sized dogs, to his handlers,” added Towne, who owns one of Mike’s dogs.

A man and his dog. Living the dream. Again.

“My mom actually gave me a piece of paper when I was 8. I said I was going to be a duck trainer and a martial arts seminar leader. And I did both,” he said. he said with a big laugh.

Mike is writing a book about his adventures with Winnie. He also works on a podcast called The Truth, debunking misinformation about how to train a dog. He runs a hunting club on his land from October to April and still teaches martial arts on occasion.

You know you come from… Aniwa