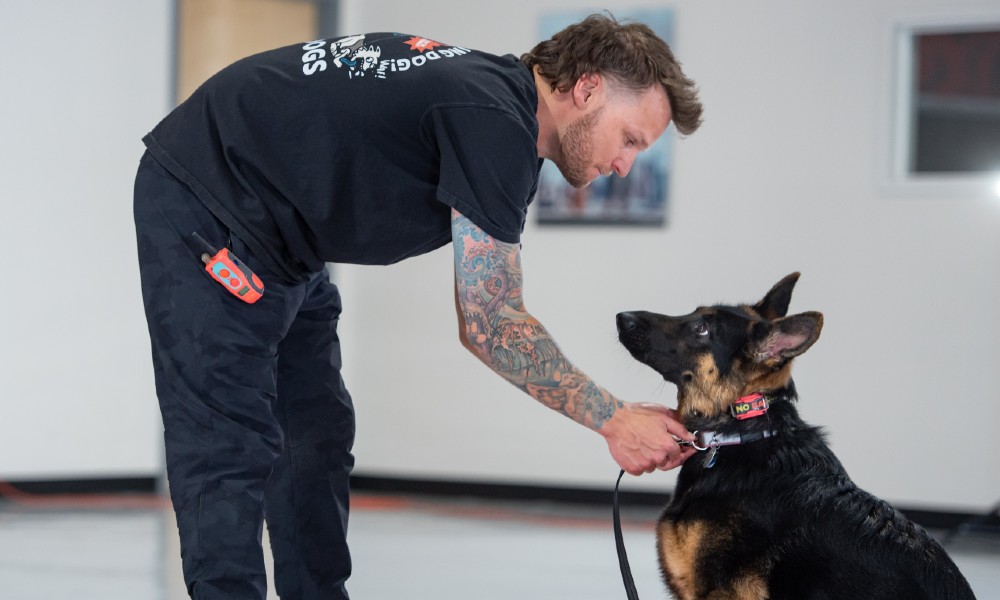 When South Glens Falls native Tom Davis was 19, he started his first dog walking business. “Everyone else is going to college and living their best life,” Davis says. “I was picking up dog poop and getting paid $15 for a walk.” That hard work paid off though: Davis is now an internationally renowned dog trainer who sells seminars worldwide and has a half-million Youtube subscribers, and just opened a second location in Saratoga County for its Upstate Canine Academy. And, oh yes, he’s trained dogs for YouTuber Logan Paul, The Chainsmokers musician Drew Taggart, and NFL quarterback Patrick Mahomes.

While Davis says there really isn’t a big break that proves a dog trainer has been “successful,” like signing to a record label for a singer, this might be the closest thing: on Wednesday, March 23, Davis appeared in Today show segment celebrating National Puppy Day. “I have the opportunity to go on and work with three different puppies and go over some really important tips for new dog owners,” Davis said beforehand. “I’m going to be live on one of the biggest outlets in the country with dogs I’ve never met before. The goal is, theoretically speaking, to come in and work with these three puppies and show dog owners and the 4-5 million people who will be watching how to be a better dog owner at any stage of life. the life.

If you’ve never heard of Davis before, you might be wondering how he went from being a small-town dog walker to working at the Governor’s mansion (he trained dogs for New York Governor Andrew Cuomo before resigning). “It’s not just luck,” he says. “It’s really just working really hard, developing my craft and educating. I specialize in teaching dog owners what the problem is, and nine times out of 10 it’s them. This means that Davis is one of the few people who can walk into Patrick Mahomes’ house and tell him what to do. “Working with different types of celebrities in Hollywood or elsewhere, these people have everyone at their disposal.” Davis said. “The fact that they hire me, trust me, want to work with me is kind of proof that maybe I’m doing the right thing. Maybe I’m better than the average Joe Shmoe in their neighborhood. .

And while Davis travels the country training mutts for the rich and famous, he has kept upstate New York as his home base. He currently lives in Saratoga, works in Clifton Park and recently opened a second location, a 15,000 square foot training center in Halfmoon, where he not only trains dogs but also produces his popular podcasts and videos. “The majority of our customers are from out of state,” he says of the new facility, “so it’s become a popular destination for many dog ​​owners across the country, which is very cool.”

Natalie Moore is the Content Director of Living in Saratoga and Living in the Capital Region.