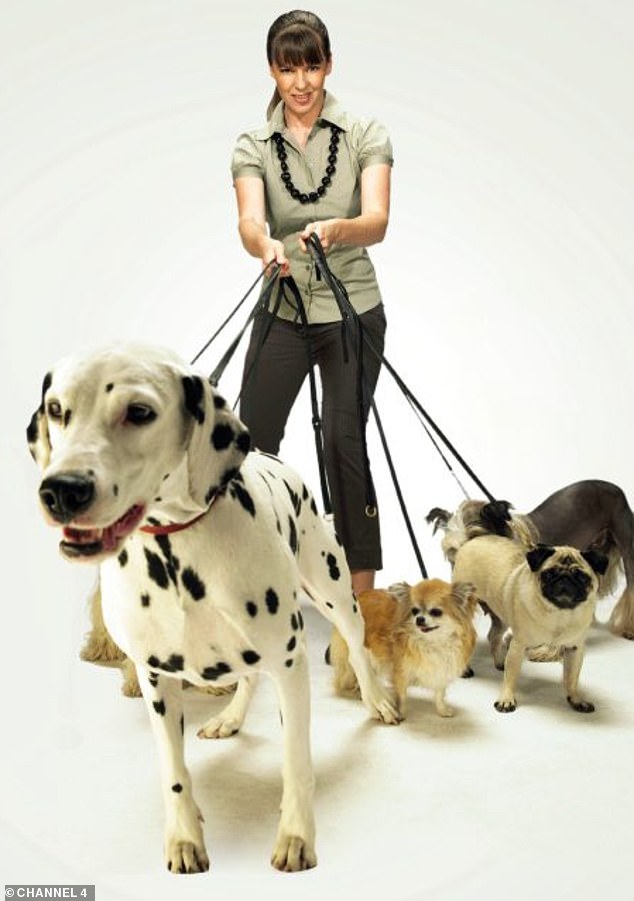 Dogs may be man’s best friend, but many owners have bitten off more than they can chew – especially now that the pandemic has led to a surge in people buying dogs. So thank goodness for the return of It’s Me or the Dog starring famed dog trainer Victoria Stilwell, the canine equivalent of Dr. Dolittle, who turns problem pooches into perfect pets and restores harmony to desperate families.

But it’s not just about training the dogs, it’s also about training the owners. The first in the new series is seven-month-old Shelby, an angelic-looking cockapoo who is making life hell for Aimee, Adrian and their five children in West Sussex.

Busy mother Aimee is at her wit’s end with Shelby’s lack of toilet training, who has to clean up after him up to eight times a day. He is also aggressive towards her husband Adrian, even biting him. “Adrian is the disciplinarian in the house, and Aimee is the one who gave Shelby the love,” Victoria explains.

“So he was basically protecting her and himself. Our instinct is to scold a dog for bad behavior, but I don’t call any behavior bad – it’s just behavior, it’s just how the dog feels and reacts.

“So I had to teach Shelby that Adrian was good and not bad. And training him to go from being aggressive to sitting happily next to Adrian only took 15 minutes. Positive training is to change the image, and it’s very fast.

“So instead of Adrian walking into a room and the dog looking to attack him, Adrian came in and threw food on the floor and then left. Immediately you remove the anxiety that dog is feeling. We repeated this, Adrian getting closer and closer, then finally he stayed and was able to pet Shelby, because the dog had completely changed his mind.

“With potty training, I think there was this idea that Shelby would learn. But they hadn’t taught him to go out. So they took him out every hour, giving him the chance to groom outside, and finally the dog thought, “Oh, I’m going outside.” It’s a work in progress, and I make it clear on the show that they have to work on it after I leave.

Then there is Max, a 14th St Bernard who is far too big for owner Christine to handle. “Due to her strength, Max had her hospitalized twice and she had to undergo surgery on her leg, back and finger,” Victoria explains.

“Max walked quite well on a leash but if he saw a cat, person or other dog, he would leave and Christine would have to chase him.” Max also loves water, so he almost drowned her by jumping into a lake. 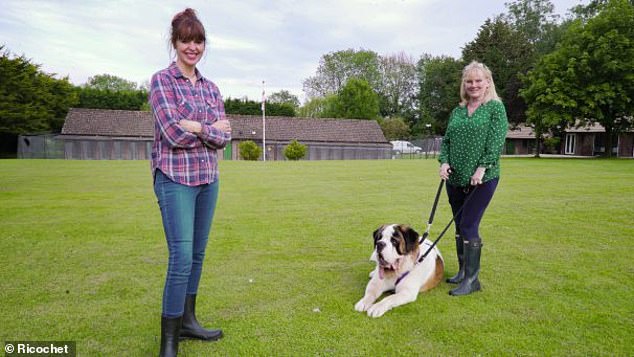 Victoria taught Max, a 14th St Bernard, to understand that his owner Christine (pictured right) is on the other end of her harness

‘So I changed his choke chain leash to a harness that leads the dog through the chest instead, which limits pulling. Then I taught Max to understand that his owner was on the other end of the line. It was also about teaching Christine to be unpredictable, to change direction to keep the dog’s attention on you.

Born and raised at Wimbledon, Victoria was an actress who started walking her dog to earn extra money.

Realizing she had a knack for training dogs, she then turned her sideline into a full-time business and pitched the idea of ​​a related TV show after seeing parenting series Supernanny and realizing that what Jo Frost did with children and their behavioral difficulties was similar to her own work with dogs and their owners.

“It caused a stir at first because I was very different from Barbara Woodhouse, an 80s TV dog trainer,” says Victoria. “People have said, ‘You’re too sweet,’ because I don’t fight dogs on the ground and constantly scold them. Yet I still get success with big dogs with big problems because I approach it in a different way.