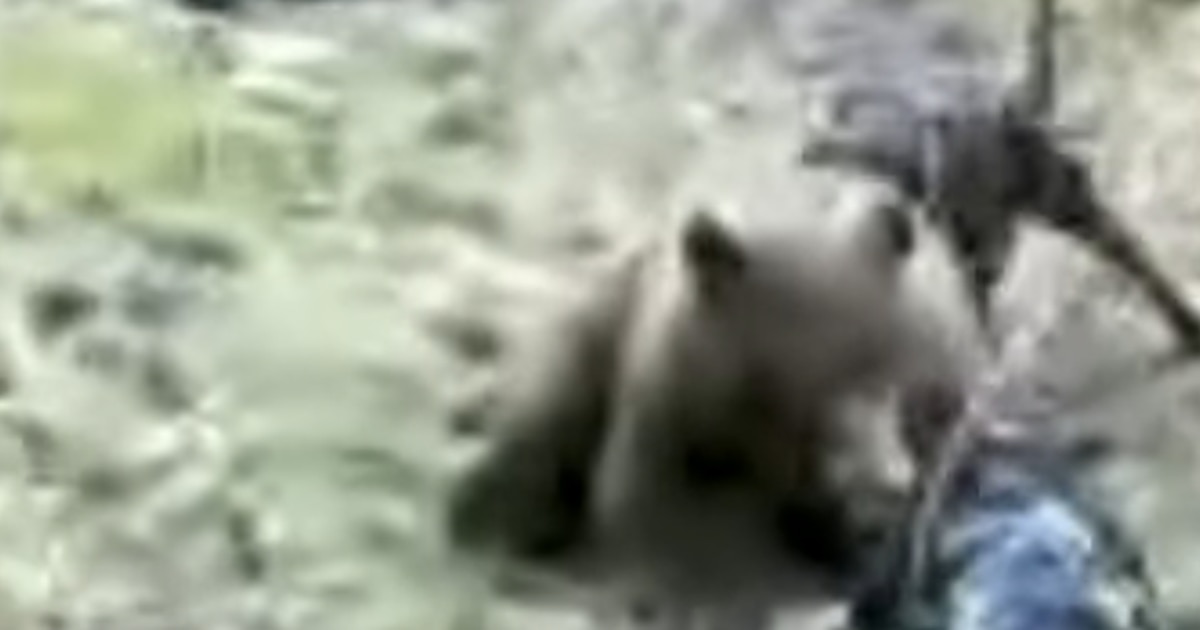 Hunting bears is legal, but holding them captive is a crime.

(Screenshot courtesy Utah Division of Wildlife Resources) This video still shows several dogs cornering a black bear during a chase on May 19, 2018 in Grand County. The video was found on the phone of William “Bo” Wood, a Florida dog trainer who is now awaiting trial on felony charges stemming from the incident.

A Grand County jury on Wednesday convicted a Florida hunting dog trainer of illegally capturing a black bear after he chased it to the point of collapse near Moab three years ago.

But William Tyler “Bo” Wood, 31, was acquitted of a poaching violation during the May 2018 episode in the La Sal Mountains, where chasing bears with trained dogs is popular. The case is notable for highlighting a quirk in Utah’s wildlife laws, which allow harassment of otherwise protected wildlife if done by licensed hunters using dogs. Yet the law criminalizes conduct aimed at saving the lives of bears and cougars when the prosecution has gone too far, as in the case of Wood and his client, who was also charged.

After a three-day trial in Moab, jurors found Wood guilty on two counts, each carrying six months in prison. Wood is due to be sentenced Dec. 13 by 7th District Judge Don Torgerson. Wood’s attorney did not respond to a voicemail Thursday.

Wood was already in big trouble with Florida wildlife officials for allegedly tormenting and killing bears in his home state in 2018 when investigators seized videos depicting a disturbing bear hunt in Utah. Further investigation led officers to Wood’s client, Clifford Stubbs, a Parowan contractor and avid hunter – someone who uses dogs to hunt cougars and bears for sport.

Stubbs cooperated with the investigation, detailing how he and his dogs joined Stubbs and his dogs’ pursuit of a bear that lasted more than 90 minutes before the frightened animal collapsed from exhaustion. Wood intended to kill the bear, in clear violation of the law, according to Stubbs’ statement to Utah Division of Wildlife Resources investigators. But Stubbs convinced his mate to spare the bear’s life. They loaded the unfit animal into a kennel and transported it to their camp, where they resuscitated it.

Stubbs later acknowledged that he should have tipped off DWR officers.

While the move likely saved the bear’s life, it violated Utah laws that criminalize the capture of protected wildlife. At a hearing this year before the Utah Wildlife Board, officials released disturbing videos of the hunt and expressed disgust at the hunters’ apparent lack of respect for basic ethics and animal welfare. bear.

However, neither Stubbs nor Wood were charged with abusing the animal during the chase. Instead, they were charged with poaching on a count officially known as “wanton destruction of protected wildlife”, as well as the offenses of illegally transporting the bear and keeping it in captivity.

Wood’s jury declined to convict the poaching count, possibly because there is no evidence he killed the animal.

Stubbs pleaded guilty to reduced charges and was fined, but he fought to retain his hunting privileges, saying his illegal actions were aimed at saving the bear.

“He didn’t want a dead bear on his hands. There is nothing illegal or inappropriate about wanting to prevent a bear from dying,” his attorney Brent Ward told the Wildlife Board in June. “It was surely a greater good than letting the bear die.”

The argument swayed some board members, who still voted 4-3 to suspend Stubbs’ privileges to hunt bears and cougars for three years.

Stubbs told the council that he returned home immediately after bringing the bear to camp. He later learned that Wood had released the bear a few days later to chase it some more.

It is not known if the bear survived his ordeal.

Adoption of Paloma’s puppies and dog