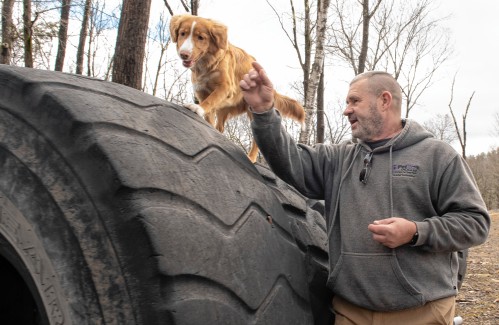 NORTHAMPTON – Huntington dog trainer Jim Helems will participate in a record-breaking attempt this Saturday as he and other Pet Tech instructors around the world aim to train the most people ever trained in a single day at pet CPR and first aid.

Helems will teach an eight-hour course called “PetSaver Training”, which covers cat and dog health issues “from pup to death”, in Northampton. The class is already full, he says.

That class, or a shorter version of it, will be taught Saturday in at least 18 states, as well as Australia and Honduras. Once done, Pet Tech will send the documentation to Guinness World Records, who will determine if a record has been set.

If a record is accepted, it will become the metric against which future attempts will be judged.

By his rough calculations, every person trained by Pet Tech prevents such a visit, and he said more than 200,000 people have already been trained.

Some of the issues Helems course will cover are health and nutrition, euthanasia, sterilization and sterilization. It also teaches participants how to perform CPR on their pets.

“There are a lot of choking dogs,” Helems said.

Stopping bleeding and treating bee stings are other first aid items taught in the class, as is recognizing bloat – a condition in which a dog’s stomach is twisted.

“It’s a big cause of death in dogs,” Helems said, saying this is especially true for large breeds, including German Shepherds, Akitas and Great Danes.

Another thing Helems teaches in the course is dental care, which he says can help a dog live up to 33% longer.

In addition, participants learn to take the vital signs of their pets.

Those interested in taking a future PetSaver training course with Helems can register on its website. BusinessDog Pals sports camp.