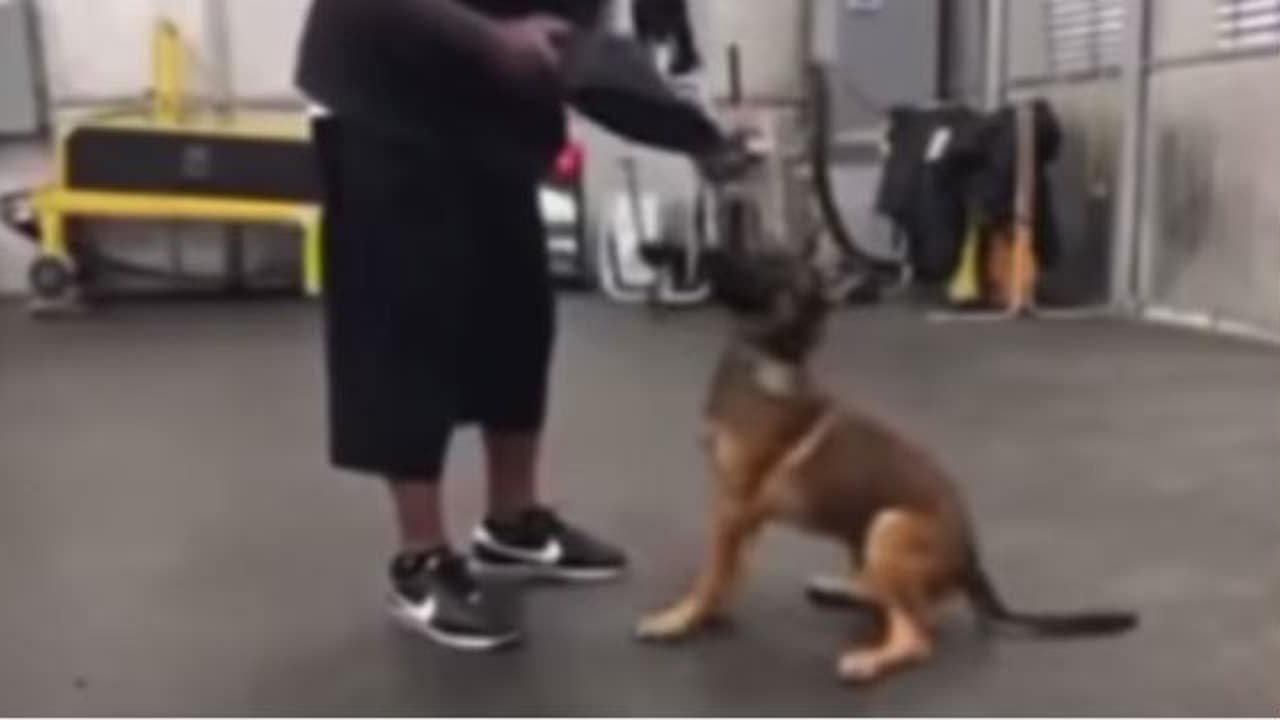 CAPTURED ON CAMERA: A dog trainer saw a puppy slamming to the ground

FOX 26 reporter Gabby Hart has more on the video and what happened when we went to the company to ask about the incident.

An unnamed source says this disturbing incident happened at the TyCalK9 training center in Arcola, Texas.

The source also says the man was seen viciously smacking the pup after he disobeyed an order, is the owner of the establishment. We also learned that the dog would have belonged to the owner, but he has since given it away.

The source says the pup’s paw was completely broken and had to be reconstructed by a veterinarian.

FOX 26 tried many ways to try to get in touch with the owner, but his listed number was disconnected. The establishment’s website, Instagram and Facebook pages are all disabled, and a Google search indicates that the business is permanently closed.

However, when FOX stopped by the facility Thursday night, there were dogs outside the facility and many dogs could be heard barking from inside.

The Fort Bend County District Attorney’s Office sent the following statement: “The District Attorney’s Office is actively investigating an animal cruelty report regarding a social media video depicting the alleged mistreatment of a dog in Fort Bend County. We cannot share details because the investigation is ongoing, but we take these matters seriously and do not condone animal abuse in any respect.A thorough investigation by experienced animal cruelty investigators and prosecutors is ongoing.

We plan to follow this story closely, check back later for updates.

FOR THE LATEST UPDATES, DOWNLOAD THE FOX 26 NEWS APP