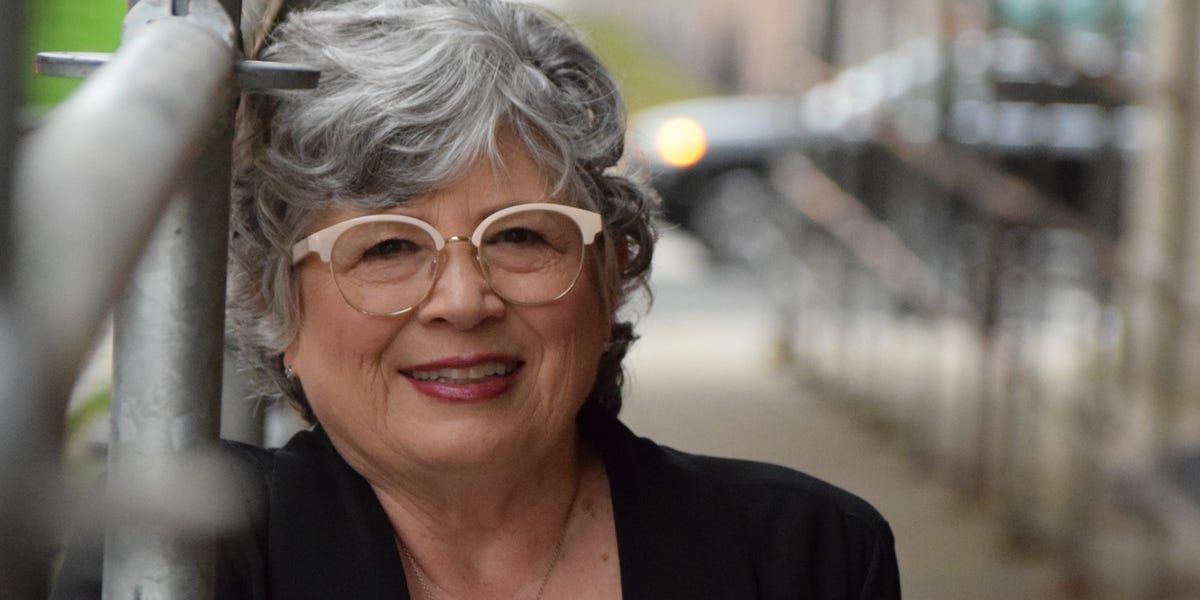 When Toby Dorr was 47, she fell in love with a convicted murderer and broke him out of the federal prison where she worked.

His story was made into a Lifetime movie “Jailbreak lovers”, which debuted on July 2.

Before Dorr tangled up with a criminal and became one herself, she said she was never one to break the rules, let alone the law. She married the first man she dated and centered her life around working for a business, raising her children, and attending church. Everything changed when Dorr met convicted felon John Manard.

Dorr’s growing feelings of lack of importance, loneliness and confusion were at an all-time high when she met Manard, she told Insider. He became one of the inmates who trained dogs as part of his program at Lansing Correctional Facility, a state prison in Kansas. A year into work, Manard approached Dorr about non-professional matters.

“He said to me, ‘What’s going on in your life? Because you seem so upset. Nobody else had even asked me, including my husband, you know, how was I? I was really struggling with a lot of things,” Dorr told Insider.

She said he listened to her talk about her empty marriage, her miscarriage, her diagnosis of thyroid cancer and her dying father. Dorr says the 25-year-old’s confidence drew her to him. In February 2006, two years after they first met, Dorr helped Manard escape from prison. The two were on the run for 12 days before being caught by police and arrested.

Once in custody, Dorr spent 27 months in federal prison for helping John escape in a dog crate. She pleaded guilty to a state charge of aiding and abetting the escape of a prisoner and a federal charge of knowingly supplying a firearm to a felon.

Dorr told Insider about her ill-fated romance with Manard, and her subsequent time in prison, spurred her healing journey.

Dorr says she formed an emotional connection with Manard when he asked about her marriage, and later said he loved her.

One day, Dorr said she came to work straight from the hospital where she was visiting her father, who had stage 4 bladder cancer. At that time, Manard was a regular dog trainer in his program, so they saw each other every day.

Dorr said she must have looked upset because Manard had asked what was wrong. As their conversation ended, Dorr began to have serious doubts about her marriage that she couldn’t shake, she said.

The two spent several hours together every day for months, and Manard eventually told Dorr he loved her and wanted to run away with her. Together, they hatched a plan, which called for Dorr to take $40,000 from his retirement savings, buy a used truck for $5,000, and drive a van with the dog crate Manard hid inside.

Dorr said she didn’t question Manard or their plan because she could only focus on how much she wanted to be with him.

Once on the run, Dorr realized sex was the ‘strongest’ part of their relationship

Until then, Dorr and Manard only had an emotional connection, not a sexual one, Dorr told Insider. But the sexual tension was there, and they acted on it once they got to the cabin in Tennessee where they planned to hide. Manard was the first man Dorr kissed and slept with since her husband.

Manard ran bubble baths for Dorr and sang songs to her in front of the fire at night, she said. They also went on day trips together, wearing wigs to hide their identities. But their short stay together, 12 days before the police caught them, also highlighted the fact that their connection was never meant to last.

“The sexual part was probably the strongest part of our relationship,” Dorr told Insider.

Aware of her crimes, Dorr said her husband filed for divorce and her sisters and sons cut off all contact, leaving her alone in every way.

Dorr found herself in a women’s prison where inmates had little means to occupy their time, she said. So she started writing and said she kept a diary for every month she was there, 27 notebooks in total.

The writing process allowed her to revisit the pain of her miscarriage and mourn the daughter she never had, she told Insider. Befriending other inmates also taught her the power of friendship and helped her understand who she was.

In 2009, Dorr remarried her husband Chris and is proud to be a grandmother. She is also proud of the manuals she has created to help other women in prison who feel lost like her.

Dorr takes pride primarily in letting go and moving on, though he still struggles with feelings of shame.

“Even though I feel like I’m completely emotionally healed and can go through anything, there will be times when I have to dig deep, find that courage, keep moving forward,” she said. declared.

Ask the dog trainer: what to do if bitten by a dog?